This section of Obscure Finds Numismatic Collection is about a Mint (an industrial facility which manufactures coins for currency) from the Germany region referred to as the Struttgart State Mint. 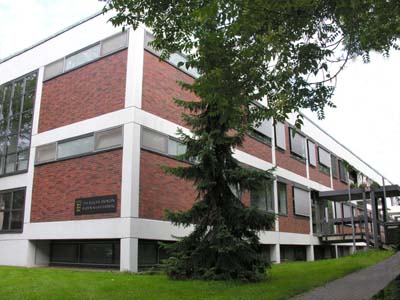 
Other World Mints from the Germany region
Pictures From Struttgart, Germany

THE BEGINNING OF THE STUTTGART MINT
Source: staatlichemuenzenbw.de

The Earl Eberhard II of Wuerttemberg was granted the right to mint coins by the Emperor Karl IV. This was the origin of the Stuttgart mint. It was located in the city center until moving to its present facilities at Stuttgart Bad Cannstatt in 1967.

The first coins minted in Stuttgart were Hellers, Schillings, Pfennigs and Guilders followed by Ducats. The luxurious coins and medals of the Late Baroque period have turned out as a highlight of the Stuttgart art of coinage. In those days the main purpose of the Mint was in the field of representation and also serving the ruler’s financial affairs.

The Staatliche Münzen Baden-Württemberg (SMBW), is a coin mint in Germany, producing coins of the euro currency.

It was established in 1998 as the result of a merger between the Karlsruhe and Stuttgart mints. Nonwithstanding the merger, the two formerly separate mints have retained their respective identification letters: 'F' for Stuttgart and 'G' for Karlsruhe.

The SMBW has been chosen by the Latvian government to mint its euro coins, since Latvia joined the eurozone on 1 January 2014.