This section of Obscure Finds Numismatic Collection is about a Mint (an industrial facility which manufactures coins for currency) from the Germany region referred to as the Bavarian State Mint - Munich. 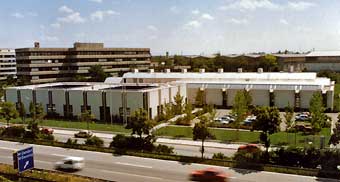 
Other World Mints from the Germany region
Pictures From Munich, Germany

The Bavarian State Mint is in addition to Berlin, Stuttgart, Karlsruhe and Hamburg one of the five German State Mints. At present 21% of the German circulation coins are minted here. These coins are identifiable by the mintmark “D”, which was assigned during the adoption of the prerogative of coinage during the German Empire in 1871.

As a firm belonging to the Bavarian State the Bavarian State Mint is a profit making business. Besides the production of circulation coins we manufacture collector coins and medals as well as seals for public authorities and admistration in Bavaria.

The new building in Zamdorfer Strasse, where the Bavarian State Mint is now located, was finished, and we moved there in 1986, because there was no possibility of continuing the required business at the factory at “Alten Marstall”.

Late 2005 / early 2006, the State Mint left the site in Berlin-Mitte and produced since then in Berlin-Reinickendorf.

The Bavarian Central Mint is a European Coin mint located in the city of Munich.

It is one of the four German coin mints, the most prominent of the others being the Staatliche Münzen Baden-Württemberg (SMBW) which, on 1 January 2014 was authorised to mint coins for the Latvian government. All coins from the BCM contain a 'D' mark for tracking purposes. The Bavarian Central Mint has been in operation since 1871 CE.